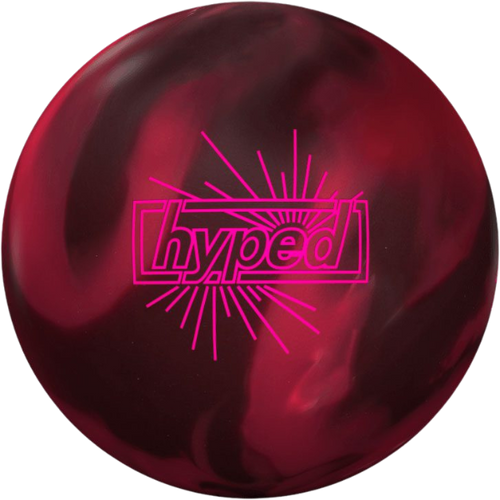 Following the footsteps of the versions before it, the HYPED SOLID is here to compliment the HP2 Line of balls. Its VTC™ (Versatile Traction Control) Solid coverstock will provide earlier traction on the lane than previous versions making it ideal for just a little more oil, or, making it the perfect ball when the friction down lane seems unmanageable and you need more overall control. This ball definitely takes VERSATILITY to the MAX! So if you weren’t already excited, now is the time you should get HYPED!

From the beginning, the end goal for the Hyped™ Core was to create a core design that would provide us more overall ball motion than the Hustle™ Core found in the HP1 Line, while also creating a viable step down option (less performance) than the motions found from our HP3 Line of balls. In the end, our R&D Team hit it out of the park with creating a core shape that provides medium flare and the ideal ball motion for the HP2 Line of balls moving forward.

Versatile Traction Control (VTC) was formulated with durability and consistent performance in mind specifically for the HP1 and HP2 lines. This formula delivers outstanding performance while providing control and versatility without being overly aggressive. So, if stability and control is what you are after, look no further.